US Department of Justice seeks order against Texas abortion law 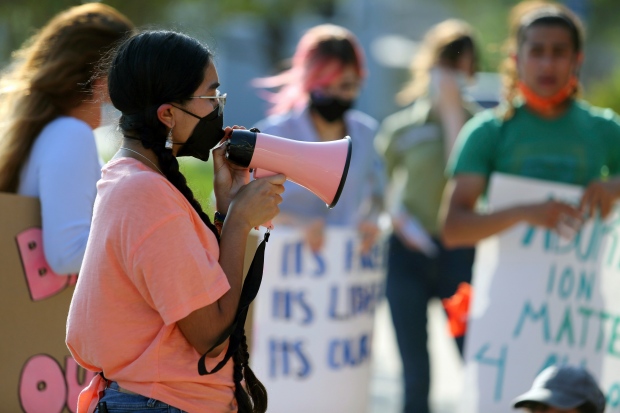 Rules were made to be broken. And it's...
Read more
Business

Nothing can get past a housewife. Bethenny Frankel claimed...
Read more

WASHINGTON – The US Department of Justice has asked a federal court in Texas to halt enforcement of a new state law that bans most abortions in the state while it decides the case.

Texas law, known as SB8, prohibits abortions once medical professionals can detect heart activity, usually about six weeks, before some women know they are pregnant. Courts have prevented other states from imposing similar restrictions, but Texas law differs significantly because it leaves enforcement to private citizens through civil lawsuits rather than criminal prosecutors.

The law came into effect earlier this month after the Supreme Court rejected an emergency appeal from abortion providers calling for the law to be suspended.

The case was assigned to US District Judge Robert Pitman.

Last week, the Department of Justice filed a lawsuit in Texas asking a federal judge to declare the law invalid because it illegally infringes on women’s constitutional rights and violates the Supremacy Clause of the Constitution, which says the law Federal supersedes state law.

The department made a similar argument when seeking the restraining order or temporary injunction and said its challenge would likely be successful.

“When other states have enacted laws that restrict reproductive rights to the extent that SB 8 does, the courts have ordered enforcement of the laws before they could go into effect. In an effort to avoid that outcome, Texas devised an unprecedented scheme that seeks to deny women and providers the ability to challenge SB 8 in federal court. This attempt to protect a clearly unconstitutional law from review cannot be sustained. “

Under Texas law, someone could sue, even if they have no connection to the woman undergoing an abortion, and could be entitled to at least $ 10,000 in damages if they prevail in court.

The Texas law is the largest brake on abortion in the nation since the Supreme Court affirmed in the landmark 1973 decision Roe v. Wade that women have a constitutional right to abortion.

Abortion providers have said they will comply, but some of the roughly two dozen abortion clinics in Texas have temporarily stopped offering abortion services altogether. Meanwhile, clinics in neighboring states have seen an increase in Texas patients.

Previous articleChina’s top diplomat Wang Yi criticizes US decision to have South Korea join ‘antiquated’ Five Eyes alliance
Next articleApple was sweaty with the A15 comparison and did not report CPU gains for the first time due to the exodus of engineers to companies like Nuvia and Rivos (Dylan Patel / SemiAnalysis)
td
COVID-19
227,512,079
All Countries Total Confirmed Cases