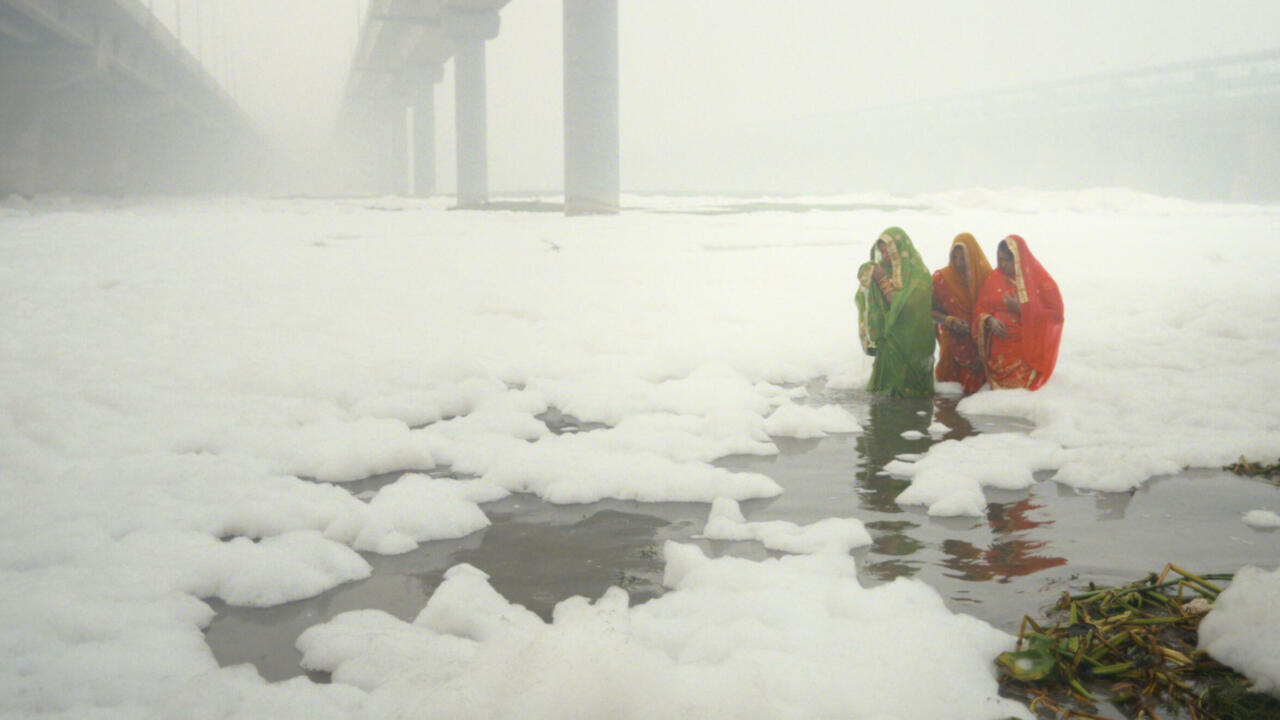 It's your choice. Irina Shayk apparently hinted at their...
Read more
Entertainment

The catastrophic environmental consequences of breakneck speed growth are viscerally exposed in Rahul Jain’s “Invisible Demons,” which was screened in the special climate segment of the Cannes Film Festival this week. FRANCE 24 spoke with the New Delhi-born director about the climate emergency and the role of cinema in spreading the message.

A hot wind from the Sahara raised a small foam over the crystal clear waters of the French Riviera on Tuesday, but it was not a preparation for the floating icebergs of chemical foam that clogged New Delhi’s Yamuna River moments later during the screening of “Invisible demons”.

The climate apocalypse is well underway in Rahul Jain’s haunting documentary, a visually stunning exposition of the enormous environmental cost of India’s soaring “development”. Like Jain’s earlier work “Machines” (2016), which explored Dickensian conditions in a Gujarati textile factory, “Invisible Demons” is told through the eyes and words of the have-nots, for whom the emergency Climate is not a perspective but a visceral one. reality.

“For a long time, the Yamuna River was the lifeblood of Delhi,” says the director and narrator at the beginning of the film, which was screened in the festival’s special weather sidebar. But Jain never saw a clean river growing up as an “air-conditioned kid” in the leafy districts of the Indian capital. In his opinion, the rivers “are white or black.”

Jain was born in New Delhi in 1991, the year India opened up its economy and let in the transformative forces of unbridled capitalism. Thirty years later, his work explores how these forces have precipitated catastrophic changes in the lives of ordinary people, poisoning the air they breathe and the water they use for drinking, cooking, earning a living and performing cleansing rituals. Even the monsoon, once a time of celebration, has become a deadly scourge – it comes too late and then it hits too hard.

The newsletter snippets, along with Jain’s occasional voice-overs, provide context and some terrifying figures (on the annual number of heat waves, for example, which has multiplied by twenty in less than a decade). But this is not a compendium of data. “Invisible Demons” is about the tangible experience of climate change, unbearable heat, lack of water, mountains of garbage, mosquitoes “exterminated with toxic chemicals for life”, and smog so dense that cars and rickshaws they keep theirs. Traffic lights on at all times, in the hope that other drivers will detect them (inevitably, huge traffic jams represent a considerable part of the experience).

Jain, who studied aesthetics and politics in California, has spoken of his interest in the visual representation of the Anthropocene, the current geological era marked by the impact of humanity on the planet. He sat down for an interview with FRANCE 24 before its Cannes premiere, along with the film’s editor and co-writer, Yael Bitton.

FRANCE 24: Can “Invisible Demons” be described as the second chapter in your exploration of human exploitation and self-destruction?

Rahul Jain: I would hate to have to accept that I am repeating myself, but maybe some similar undercurrents move me. One of the most important teachers in my life, Martín Plot, when I spoke to him about my idea, he told me: ‘Oh Rahul, I see a clear trajectory of your criticism of the capitalocene. I had to look up the word, it was basically Earth in the days of Capital. So there must be some parallel.

Q24: The California light has been described as Hollywood’s source of energy and optimism. Is the smog of New Delhi, in some way, the other side of our capitalist system?

RJ: I would be afraid to draw parallels there. Both lights are beautiful but they are different. The light and smell of Delhi have an immense subconscious charm to me, having grown up there. In the monsoon, after a massive rain, there is a beautiful pink sky and you breathe in the dust of the Thar desert. That made up my childhood, it has a certain romance, a dense tropical romance. It transports you to the sensuality of a humid and rainy landscape, and this is Delhi.

Q24: Sensory experience is at the heart of your film. What is important to you to focus on the human experience rather than pollution per se?

RJ: If I could interview the animals, I would. But we are limited in our communication with the human genome. One of the biggest determining factors for me in making this movie was one day watching a bee in a heat wave crawl into a pool of water. It dragged its two hind legs, advancing little by little millimeter by millimeter, and when it reached the puddle it died. And this was terrifying. And I know that if it’s happening to a bee right now, we’re not that far behind.

Q24: “Invisible Demons” is part of a special segment on the weather here in Cannes. Some of the movies go out of their way to see the bright side of things and instill hope, but yours seems somewhat bleaker.

RJ: We had a great talk about this. I asked myself, is it my job as an artist to give hope in my work if I don’t feel it? Something deep inside me says, no, it’s not your damn job to create hope if you don’t feel it.

Yael Bitton: We discussed an even deeper question, about whether humanity really needs to survive. Of course, it is a very nihilistic question. We have created a narrative in which we need to survive as a species. But if you transcend this narrative, maybe you can start telling the story slightly differently. And so your job is not necessarily to give optimism about humanity.

RJ: Socially we are still trapped in a pre-Copernican paradigm, where just as the Earth was the center of the Universe, right now our species is the center of the entire biogenome, and it is certainly not true, but it is something we maintain. telling ourselves.

Q24: At the beginning of the movie, a character wonders if science and experts can do something about climate change. He has clearly chosen the voices of ordinary people over those of experts and figures.

YB: Not open to economists, but we live in a world of figures where figures somehow abstract the relational aspect. [of climate change]. The whole idea of ​​the film, and also Rahul’s first film, was to convey a sensory and cognitive experience of very complex realities that have to do with capital and the industrialization of our world.

Q24: There is little formal politics in the film, although at one point a man says that governments have failed in their duty to serve and protect. Is that your opinion too?

RJ: They taught me that the meaning of politics is not to decide who is your friend, but who or what is your enemy. When something or someone is responsible for the death of millions of people, it is absolutely clear in broad daylight who or what the enemy is. And if a sovereign power can’t decide that, then God knows who else will.

Q24: How important is it for Cannes to establish a special climate segment and for other festivals to address these issues?

RJ: I’m glad they chose to create a new section. […]. It is time that we put an essential focus on something that is going to be, and has already become, the default in everything we do. For all the stories, all the wars and all the peace treaties, and all the romance and all the sports sagas, we need a planet. So I’m really glad this is finally happening. Everyone and everyone in the position of power and cultural proliferation should pay attention. “